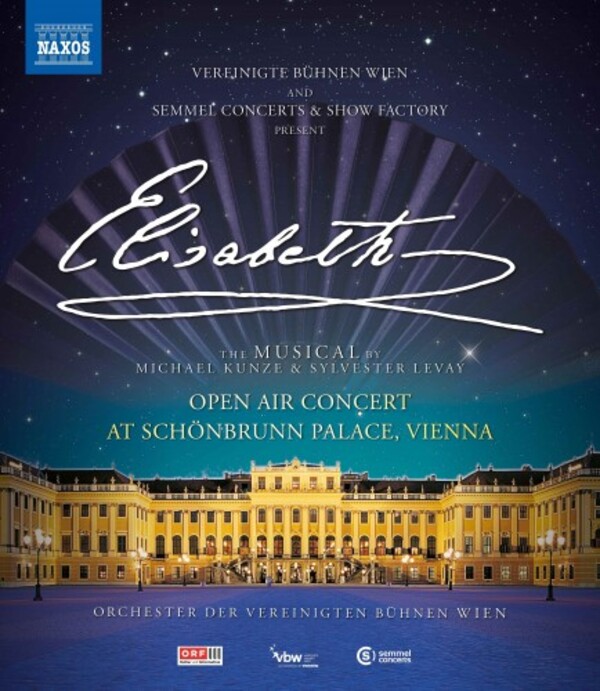 Treading a tightrope between death, life and intense romance in the opulent world of 19th-century Habsburg royalty, Elisabeth tells the story of the beautiful Empress of Austria, from her wedding, to her tragic assassination by the hand of the Italian anarchist Luigi Lucheni. Ongoing dark obsessions and inner turmoil are undercurrents as family schisms flare up amidst a crumbling empire. These powerful themes and a potent score brimming with fabulous music have combined to establish Elisabeth as the most successful German-language musical of all time. This spectacular open-air event presents Elisabeth at the fabled empresss real-life home  Schönbrunn Palace in Vienna.

Librettist Michael Kunze and composer Sylvester Levay created a commercial success with their musical Elisabeth. This is a theatrical production that has it all  lavish period costumes, exciting choreography, real dramatic impact and a music score that has a perfect balance between tender lyricism, rousing pop-music hit quality and the kind of emotionally exhilarating experience that leaves audiences wanting more. Since its premiere in 1992, Elisabeth has seen an almost unbroken run of productions from Vienna to South Korea, with European and Japanese tours just to name a few.

There have been a total of at least 25 cast albums as well as eight commercial DVDs of this show on general release through the decades, and just as the operas of Mozart are appreciated in their original settings, so the German-language aspect of Elisabeth lends its own quality of authenticity to this recording.

In the title role that brought her European fame, Dutch born Maya Hakvoort (Elisabeth) has excelled in numerous roles in musicals internationally. An entrepreneur with her own company and highly successful productions, Hakvoort was awarded the Golden Medal of Service of the Republic of Austria in April 2011. In October 2016 she went on to receive the Golden Rathausmann Award of the City of Vienna and in November of the same year was presented with the Grand Medal of Merit for Services to the Province of Lower Austria.