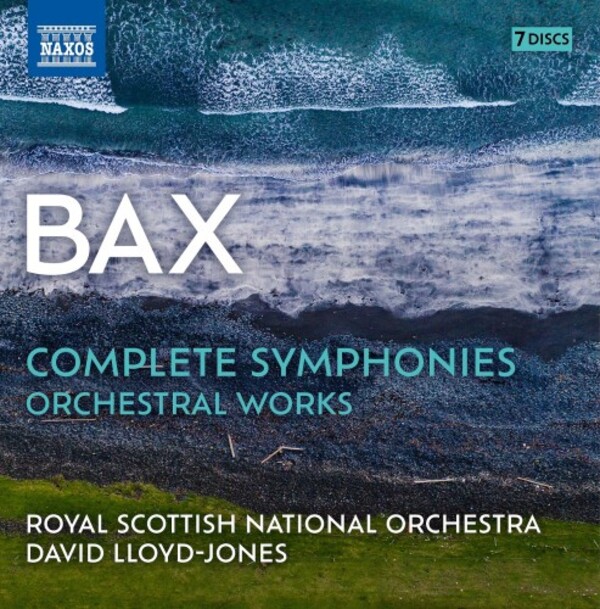 Sir Arnold Bax wrote his seven symphonies between 1921 and 1939, embracing a prolific period that drew inspiration from a variety of sources. From the dramatic impact of the Second Symphony through to the seascapes of the Fourth and hints of Sibelius in the later works, Baxs powerful symphonic world is one of surprising and at times stormy vigour contrasting with the most intense lyrical expressiveness and serenity. The selection of additional orchestral works evoking nature and atmospheric landscapes fascinates and rewards in equal measure, providing an essential overview of Baxs music in critically acclaimed recordings.

This set brings together our Gramophone Award-winning seven-volume edition of Sir Arnold Baxs complete symphonies, with its substantial additional collection of his other orchestral works which proved itself a distinct improvement on this version and was influential in the general revival of Baxs music.

On their initial release each of these recordings received wide acclaim, with BBC Music Magazine commenting on Symphony no.6: David Lloyd-Jones and the Royal Scottish National Orchestra balance those two crucial sides of this work better than in any other version Ive heard.

The Royal Scottish National Orchestra (RSNO) is one of Europes leading symphony orchestras. The late conductor David Lloyd-Jones has made numerous acclaimed Naxos recordings including works by William Alwyn and Alan Rawsthorne and the seven symphonies of Charles Villiers Stanford.