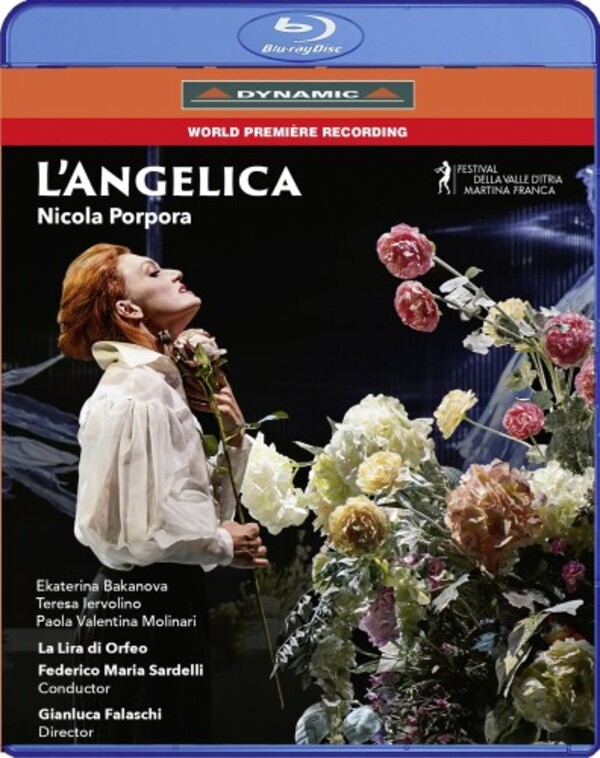 Nicola Porpora was a composer who helped to turn Italian opera into the most successful and spectacular genre in Europe. One of the few luminaries of the Neapolitan School to actually be born in Naples, Porpora wrote LAngelica, a serenade for six voices and instruments, to a libretto by the young Pietro Metastasio in 1720. The work was composed for the birthday of Empress Elizabeth Christine, wife of Charles VI, and its plot is comedic, focusing on the travails of a couple in love. The operas success was immediate, resulting in the commissioning of further works that would lead to ever more glamorous successes for Porpora in Venice, London, Dresden and Vienna.

The staging conceived by Gianluca Falaschi, on his debut as a director (he also signs sets and costumes) renders the moods of the characters very well and describes the places of the narration with touches of fantasyThe fulcrum of the action is the music of Porpora which in Federico Maria Sardelli finds an interpreter of great depth the orchestra La Lira di Orfeo supports him with expressive fullness, revealing the timbre peculiarities  Avvenire

As leader of the Baroque ensemble La Lira di Orfeo, Federico Maria Sardelli is effective in highlighting the details and the extreme refinement of a score rich in embellishments, real embroideries such as the solo of the cello together with double bass, theorbo and harpsichord. At the end, long applause for everyone  Buonasera Taranto