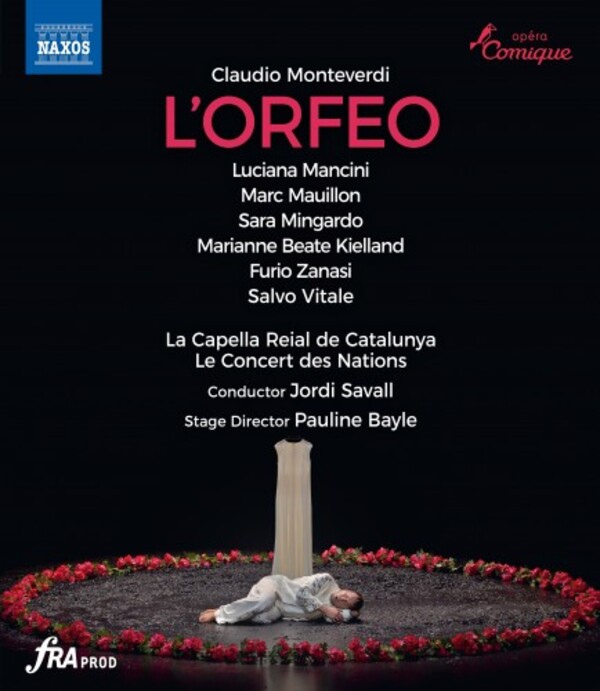 Monteverdis LOrfeo was premiered in 1607 and is the oldest opera still performed today. The narrative is based on the Greek legend of Orpheus who, armed only with the weapons of music and love, descends into Hades in an attempt to bring his lost bride Eurydice back to the living world. The operas dramatic power is brought to life in this acclaimed production conducted by the great Monteverdi expert and interpreter Jordi Savall. Filmed at the Opéra Comique in Paris, LOrfeo features a virtuoso cast with the service of text and music always at its core.

As one of the earliest operas, Monteverdis LOrfeo is considered a milestone in the history of music, the pioneering skill of its composer in expressing human emotions in music giving it a timeless resonance that has held a fascination for audiences for over 600 years. This excellent Opéra Comique production, coproduced with Opéra Royal, Château de Versailles Spectacles, and Opéra Grand Avignon, has been expertly filmed and recorded by director François Roussillon and Radio France.

The production was critically lauded: Refined and colourful both scenically and musically Greatly familiar with Monteverdi and L'Orfeo, which he has conducted several times in a stage version as a concertante, Jordi Savall at the head of his orchestra Le Concert des Nations and La Capella Reial de Catalunya restores the work with great probity, nevertheless showing more rigor than flame. Its direction is done precisely in the service of the dramatic expression giving account, without excess of prettiness. (sceneweb.fr)