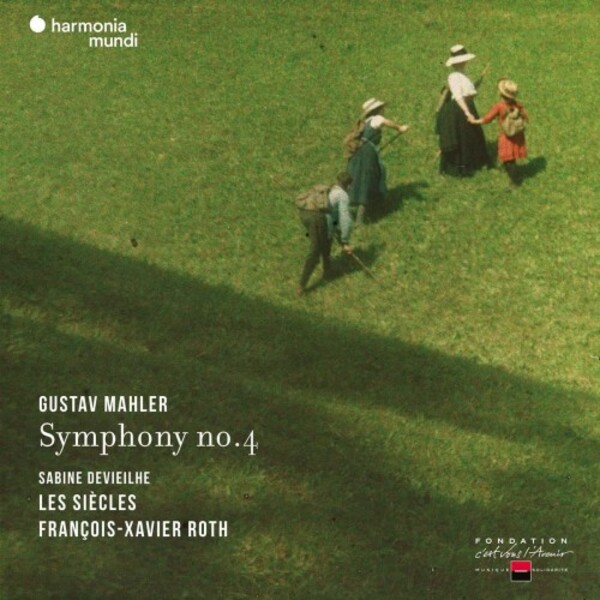 Symphony no.4 in G major

Symphony no.4 in G major

After a period-instrument reading of the Symphony no.1 that received unanimous acclaim from the critics, François-Xavier Roth and Les Siècles return to Mahler. Joined by the luminous voice of Sabine Devieilhe for the famous finale, they offer us their version of the Fourth Symphony, which in its own way marks the composers transition to modernity, and reveals unsuspected colours and instrumental balances. We still have much to learn about the polyphonic transparency possible within Mahlers big orchestra!

I absolutely adored this performance. No equivocation. Hearing the music as Mahler might have heard it  and indeed imagined it  both in the very particular sound of period instruments and the extraordinary impact that has on phrasing and expression makes it sound more radical in ways that the supersonic amplitude of todays orchestras tends to obscure. ... Sabine Devieilhe sings [Das himmlische Leben] quite gorgeously with a bell-like clarity and directness, and the final stanza is truly balm, pure and unaffected, like so much that makes this performance special.  Edward Seckerson (Recording of the Month)
Gramophone September 2022