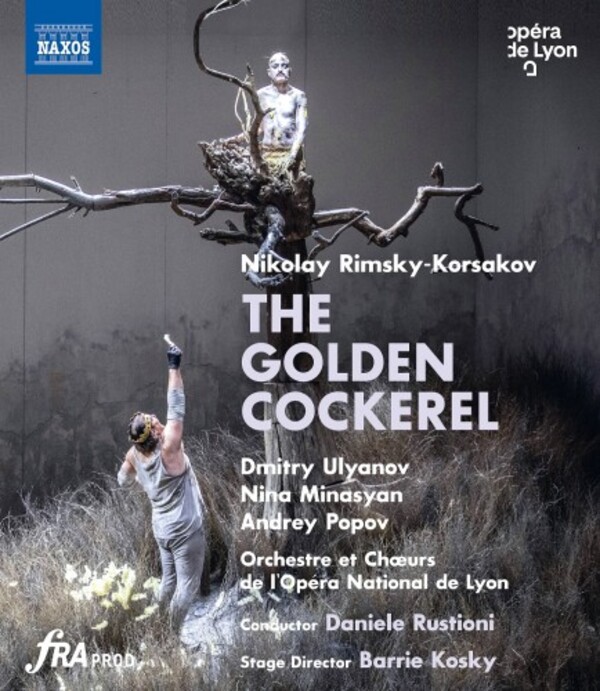 Rimsky-Korsakovs The Golden Cockerel (Le Coq dor) is based on a Pushkin folk tale, but the operas Orientalism, comedy and sultry elements go far beyond its original influence. The composer saw in the story of a Tsar, punished for his cowardice and despotism, an opportunity to employ satire to condemn Russias autocratic ruler, Nicholas II. This new production premiered in May 2021 and was staged by the Australian director, Barrie Kosky, a specialist in Russian opera. Critics hailed the glorious singing of Dmitry Ulyanov and the exquisite performance of Nina Minasyan calling the event a triumphant evening for all concerned (Bachtrack.com).

Of the stage direction, Bachtrack.com wrote that Barrie Kosky rises to the challenge with dark wit spiced with surreal burlesque. It added that the role of Tsar Dodon was Gloriously sung by Dmitry Ulyanov and wrote of Andrey Popov, in the role of the Astrologer: Its a stratospheric tenor role but Andrei Popov coped valiantly with its demands.

Nina Minasyan as Queen of Shemakha was the vocal star of the performance, negotiating the chromatic contours of the Queens Hymn to the Sun with aplomb, her sensual singing nuanced with an exquisite pianissimo and secure top notes; with a voice like that, she could wrap any monarch round her little finger (Bachtrack.com).