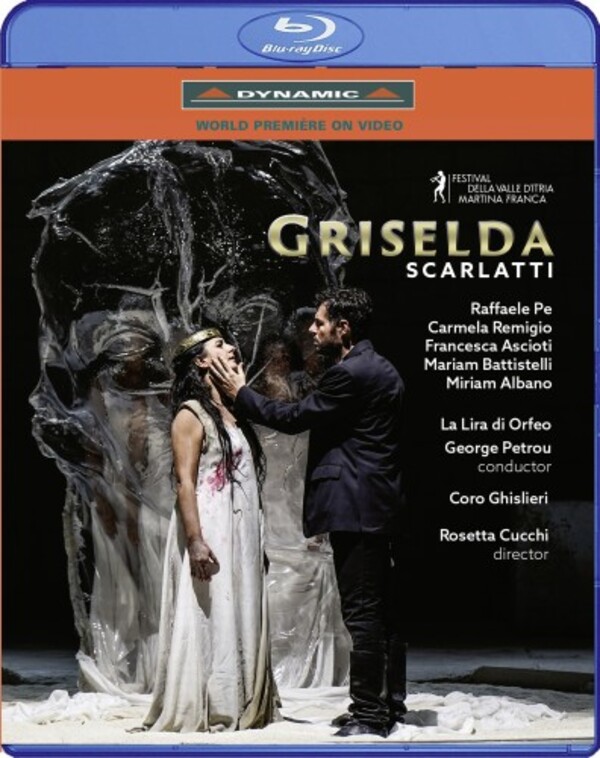 Alessandro Scarlatti is one of the key figures of Italian Baroque opera and the influential Neapolitan school in particular. Griselda is the last of Scarlattis operas to have survived intact to the present day. Its narrative is set in motion by the marriage of the King of Sicily to a poor shepherdess; the ensuing complications of love and the tensions between country and court delivering an entertainment full of lyrical charm and lively action. Performed by a superb team of Baroque specialists and acclaimed singers, this production is set in Puglias magnificent Palazzo Ducale and celebrates the 300th anniversary of Griseldas prémiere.

Both the ensemble La Lira di Orfeo and Coro Ghislieri appeared at Martina Francas Festival della Valle dItria for the first time and did a very good job. George Petrou conducted this lavish masterpiece with a strong sense of drama, appropriately highlighting the recitatives while keeping the action at an impressively homogeneous pace  Bachtrack

On the musical side, the result is captivating. At the head of the orchestra La Lira di Orfeo, George Petrou reveals the score in all its complexity and creates an exemplary performance, rich in expressive nuances in the dialogue between instruments and voices. The success of this new production of the Scarlattian Griselda is undoubtedly also due to the excellent vocal cast. Carmela Remigio in the title role, and on her fourth consecutive debut at the Valle d'Itria, gives another exemplary proof of her interpretative abilities; she portrays a submissive and sweet Griselda and highlights her deep feelings.  Avvenire