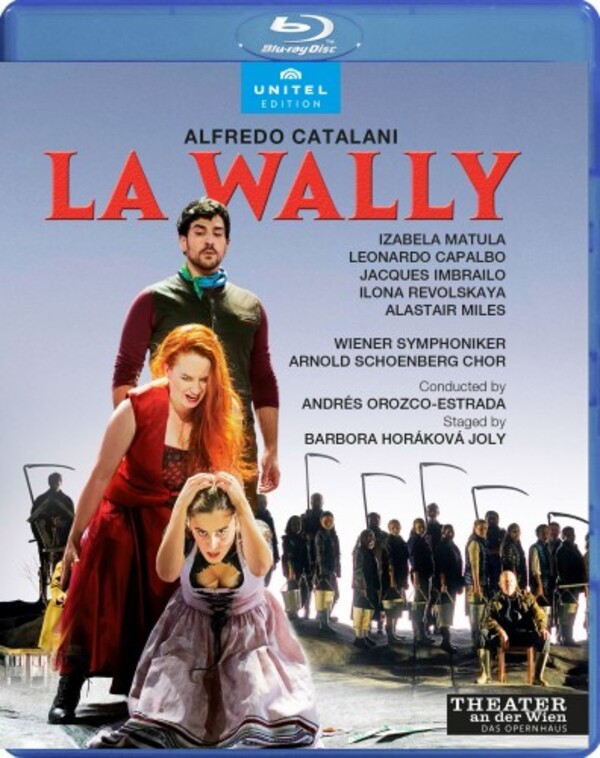 Catalanis masterpiece, first performed in 1892 at La Scala in Milan, is best known for its aria Ebben? Ne andrò lontana. With nuanced harmonies and colourful instrumentation, he pays great attention to the orchestra sound. He chose highly unusual material for his opera: the successful novel Die Geier-Wally by Wilhelmine von Hillern tells the story of a young woman who does not fit any of the gender clichés of the time. Unlike many earlier operatic heroines commanded to marry against their will, Wally does not look for a solution in society, but instead runs away to the mountains. Her husband must be her equal, someone unafraid to face both a bear and her father.

Izabela Matula - A Wagnerian hell of a woman with a great soprano.  Kronenzeitung