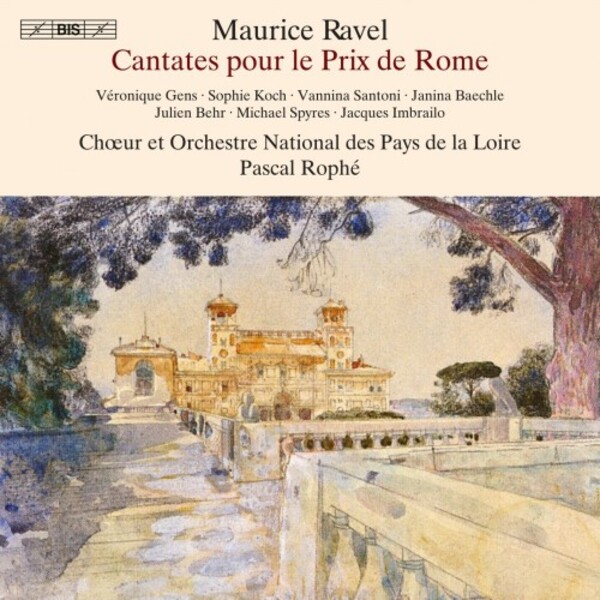 Between 1803 and 1968, the Grand Prix de Rome marked the zenith of composition studies at the Paris Conservatoire. In Maurice Ravels time the competition included an elimination round (a fugue and a choral piece) followed by a cantata in the form of an operatic scena. The entries were judged by a jury which generally favoured expertise and conformity more than originality and Ravels growing reputation as a member of the avant-garde was therefore hardly to his advantage, and may explain why he never won the coveted Premier Grand Prix, and the three-year stay at Romes Villa Medici that went with it.

The present two-disc set brings together all the vocal works that Ravel composed for the Prix de Rome  five shorter settings for choir and orchestra and three cantatas, each with three characters taking part in a plot which followed a more or less fixed sequence of introduction, recitative and aria, a duet, a trio and a brief conclusion. First published more than half a century after Ravels death, these test pieces for the Prix de Rome have never acquired the popularity of his other early works, such as Pavane pour une infante défunte, Jeux deau or the String Quartet. They are worth more than their reputation as academic exercises might suggest, however, and deserve to be better known, especially when performed by the Orchestre National des Pays de la Loire and Pascal Rophé and a team of vocal soloists including Véronique Gens and Michael Spyres.

What a delicious surprise this has turned out to be. Ill wager only a tiny minority of true Ravel aficionados will know even one or two of any of these early opuses  all of them written expressly for the prestigious Prix de Rome, which, for reasons best known to successive juries, Ravel never won. ... what is beyond doubt in the three cantatas and handful of elaborated choruses presented here is his supremely affecting way with the voice above and beyond his already considerable orchestral skills. ... Absolutely fascinating, then, and always seductive. Resistance is futile.  Edward Seckerson
Gramophone August 2022