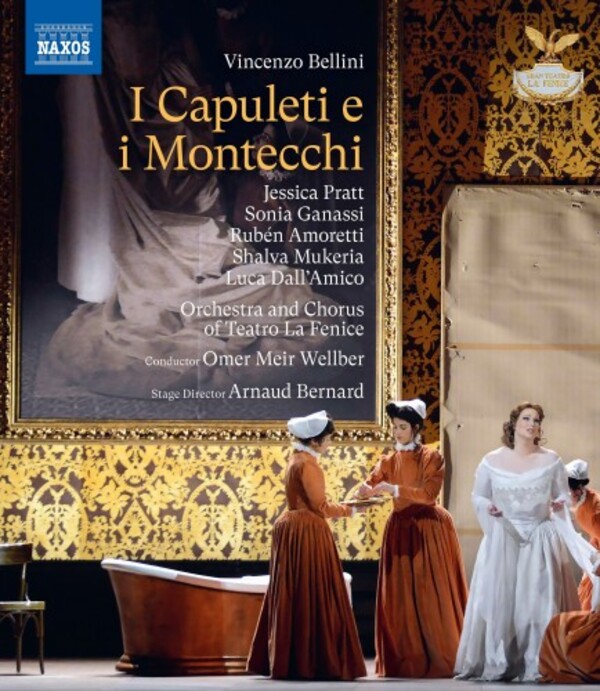 I Capuleti e i Montecchi

I Capuleti e i Montecchi

Vincenzo Bellinis first great operatic success I Capuleti e i Montecchi is based on an Italian version of Romeo and Juliet in which the feuding clans seek reconciliation through the wedding of Giulietta and Tebaldo. Giuliettas lover, Romeo, begs her to elope with him, but fate has other plans for the couple. Topped with the agile coloratura runs and lyrical grace (The New York Times) of soprano Jessica Pratt, this acclaimed production takes place in the historical and beautifully atmospheric Teatro La Fenice, the same venue in which I Capuleti e i Montecchi had its triumphant premiere in 1830.

Bellinis I Capuleti e i Montecchi has proven increasingly popular on stage in recent years, and we are delighted that this fine Teatro La Fenice production adds to our own bel canto listings. Collectors will be drawn to this venue, as it brings this opera back to its place of origin in 1830. With its strong cast and filmed to the highest production values, this is a release set to become a popular and durable choice in this classic narrative of love, dramatic tensions and the deepest tragedy.

Jessica Pratt is, quite simply, phenomenal. Pratt is a convincing actress too, looking the part in her flowing locks and plunging gowns Sonia Ganassi doesnt quite have the same glamour in the mezzo-soprano trouser role of Romeo, but she has a vital part to play and proves to be more than capable for the vocal and dramatic challenges of the role, and gives an impressive performance, working well with Jessica Pratt. Those are the roles that really matter here, but there were good performances also from Luca DallAmico as Lorenzo, Shalva Mukeria as Tebaldo and Rubén Amoretti as Giuliettas father Capellio. Omer Meir Wellber conducted the orchestra of La Fenice with a good balance between the lyrical content and the dramatic edge to Bellinis music  OperaJournal