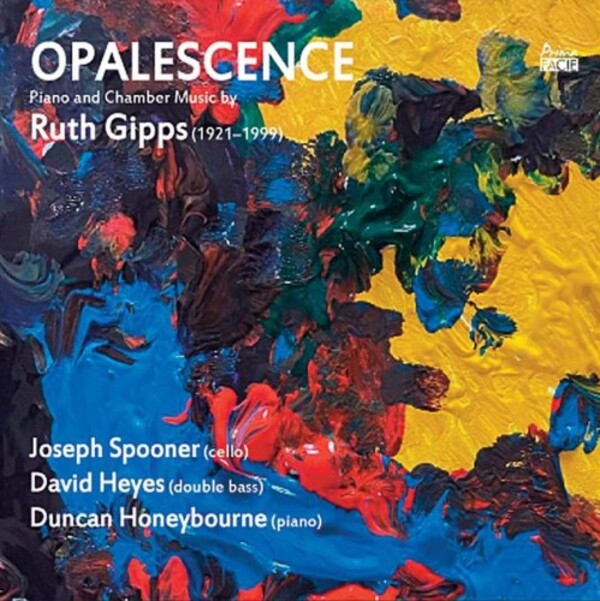 Ruth Gipps was a remarkably versatile musician. She was a brilliant pianist who could  and did  triumphantly tackle the hallowed summits of the Brahms Second Concerto. She also toured nationwide as a freelance orchestral player during the dark days of the Second World War, as the second oboist and cor anglais player of the City of Birmingham Orchestra (CBO). Musicians with long memories remember her with fondness and fear as a spirited and pioneering conductor who, bruised and frustrated by the musical establishment's distrust of baton-wielding women, simply set up her own orchestras and ran them with remarkable drive and success for more than three decades. Gipps made her professional conducting debut at the Royal Festival Hall in 1957, and the London Repertoire Orchestra  later the London Chanticleer Orchestra  introduced many outstanding young soloists at the outset of their careers. Gipps's enterprises also gave a vibrant and much-needed platform to a significant tranche of neglected orchestral music, much of it by British composers working in traditional forms whose outputs had been sidelined by promoters in a culture then favouring the more assertively avant garde.

But this extraordinarily gifted musical polymath, a woman of powerful creative imagination and intense intellectual rigour, was first and foremost a composer. As memories of Gipps (or 'Wid', as she always liked to be called) recede with the passing years, we are left solely with her output of some eighty works as a memorial to her daring, questing, romantic spirit. Cast in a broad range of forms and genres, these are fastidious in craftsmanship, overwhelmingly tonal, invariably lyrical and poetic, and frequently deeply affecting. 'My music', she wrote, to her biographer Jill Halstead, 'is a follow-on from Vaughan Williams, Bliss and Walton  the three giants of British music since the Second World War. All were great and inspired composers.' A vigorous exploration of Gipps's wide-ranging output certainly offers abundant evidence of a highly individual genius whose vivid and communicative personality is unmistakeably and strongly her own. Many influences are distilled in her work, but a full- blooded originality sings throughout. This recording delves into a selection of Gipps's chamber works, and presents her complete oeuvre for solo piano, to commemorate the centenary of her birth in 2021. It features her first work  The Fairy Shoemaker  and her last, the Sonata for double bass and piano, separated by some sixty-seven years.