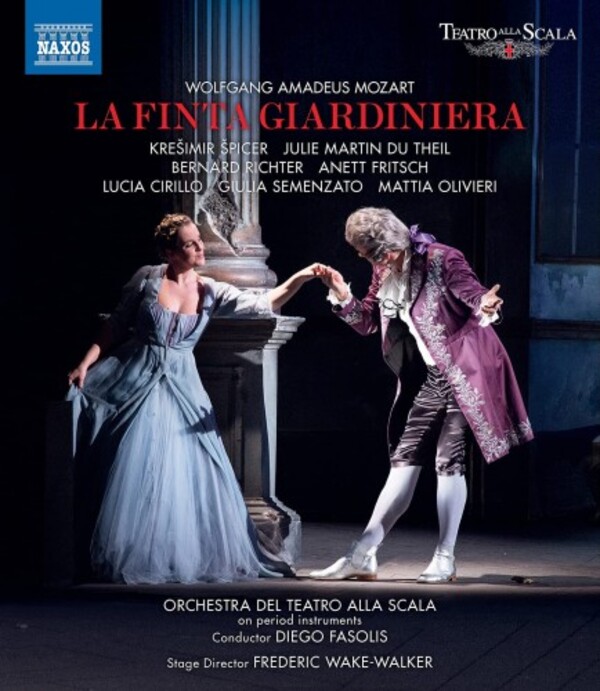 Mozart wrote La finta giardiniera in 1775 when he was 18 years old. It was his first staged buffo opera and centres on the lovers at the heart of the action, Sandrina  the pretend garden-girl of the title  and Belfiore. With few ensembles, Mozart channels his most intense and expressive music into arias which demonstrate a masterful ability to convey the full range of tenderness and passion. Originally staged at Glyndebourne in 2014 by Frederic Wake-Walker, this 2018 revival from La Scala is performed on period instruments with a strong cast and expertly conducted with exuberance and charm by Diego Fasolis.

This La Scala performance was originally a Glyndebourne Festival production. Bachtrack.com wrote of this performance: La Scala presents this work for the first time in the main hall (after a run in the Piccola Scala in 1970), as part of its 18th-century opera project, which is based on an ensemble of musicians of the La Scala Orchestra playing on original instruments.

Of the conductor Bachtrack.com added: under the baton of Diego Fasolis, who drove the show with his customary exuberance and attention to dynamics; the orchestras performance was a delight. The cast was uniformly strong. Operaonline. com also wrote: his was a performance shot through with classic Fasolian qualities: driving rhythms, beautifully spun lines and an exhilarating sense of spontaneity.